A man in a room, in a film – it is the becoming of something and simultaneously becoming in itself. Nothing is as solid as we believe... The film explores our perception of time, bodies and objects, and our inability to comprehend the full motion of things.

Director, Animator & Sound Design: Michelle Brand
Sound Mix and Additional Sound Design: Ed Rousseau
Colouring Assistants: Jiaqi Wang, Leo Metcalf, Agata Leniartek,
Paige Anderson, Jordan Brunton, Megan Earls, Liang-Hsin Huang
Everything around us, including our bodies and our 'self' is constantly moving, changing and transforming, and yet we can only comprehend time by dividing it up into static differences, only making the before and after visible. The complete flow of transitions remains incomprehensible to us.
Animation as a medium is the perfect tool to explore such philosophical ideas about time, movement and change. Since it is based on making static differences move, it highlights how only with a change happening on each frame, we begin to perceive movement, yet each frame remains invisible to our eye. The film is a visual and conceptual journey, where time and movement become, alongside with the image itself, just another coordinate to abstract and experiment with. The room, the man, the film - everything moves and becomes more and more one moving entity until it dissolves and deconstructs completely. 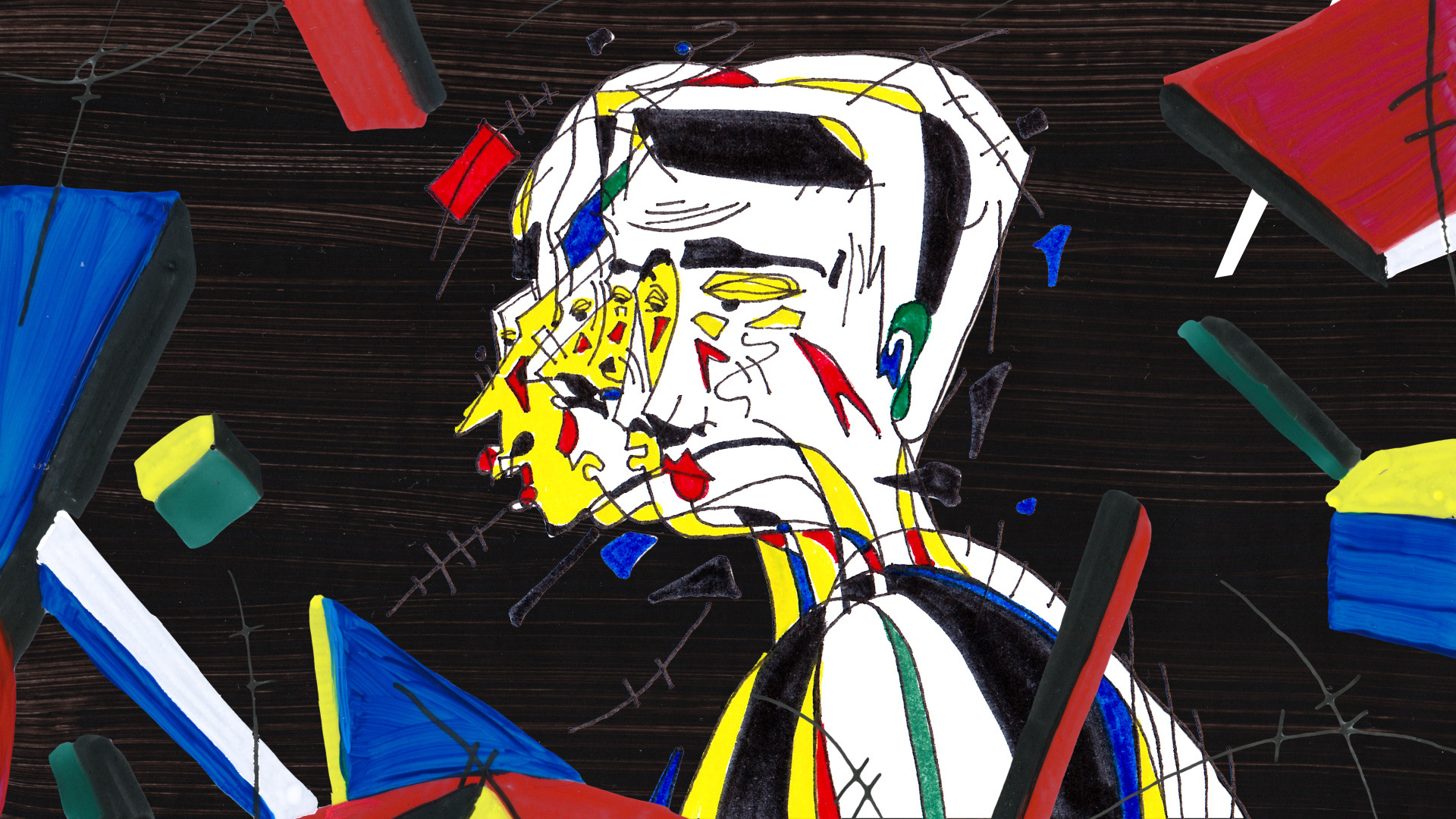 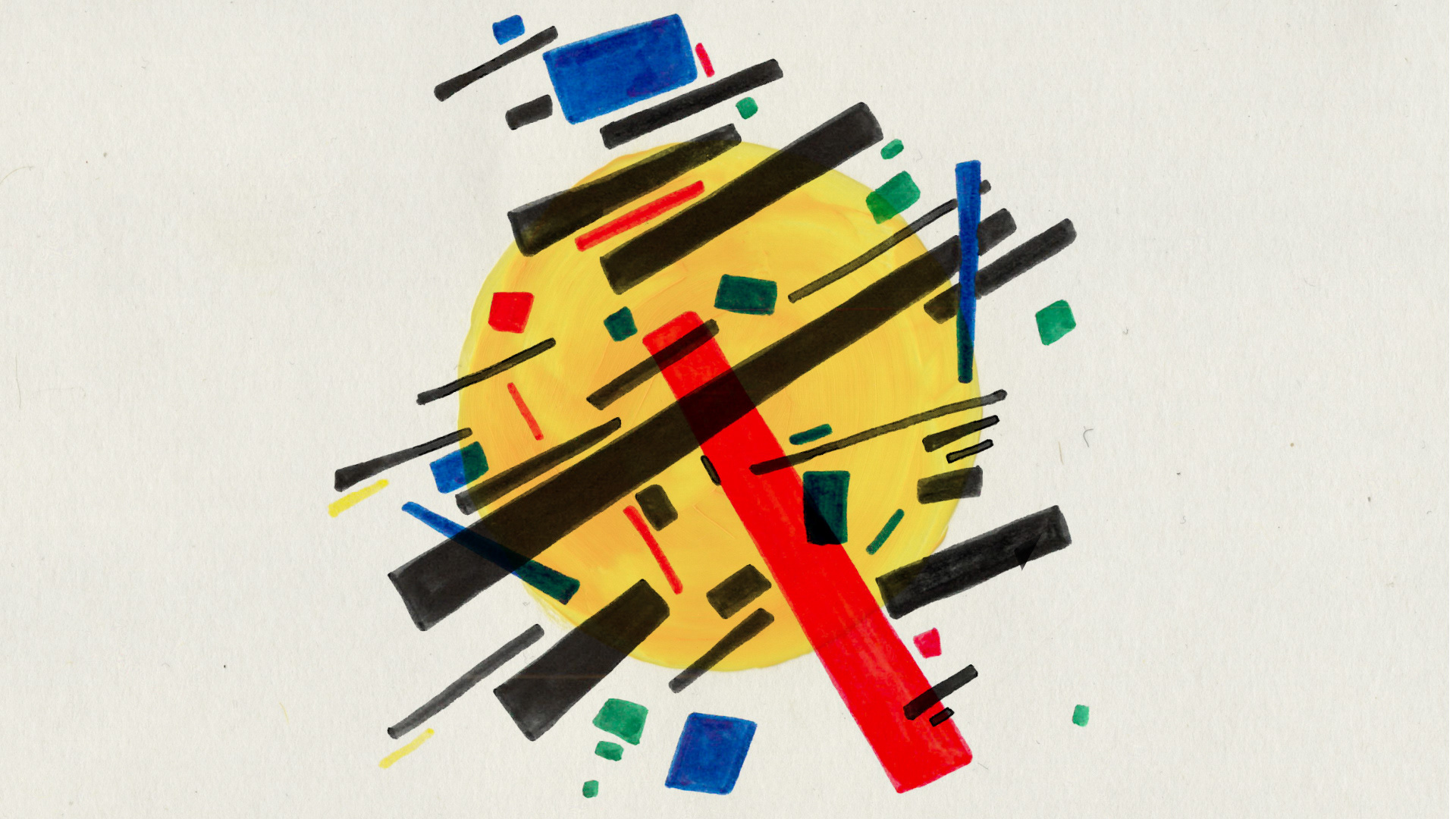 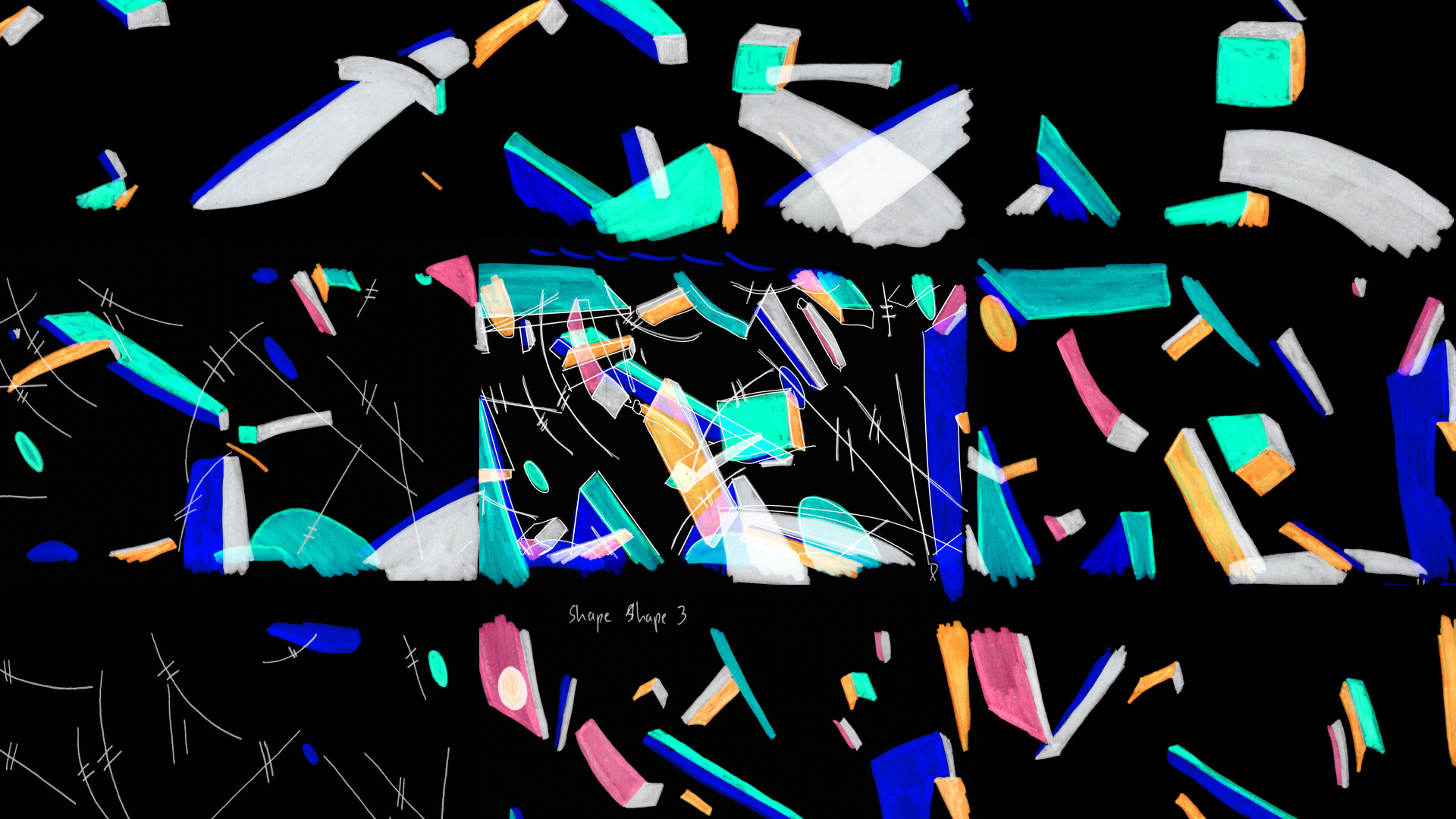 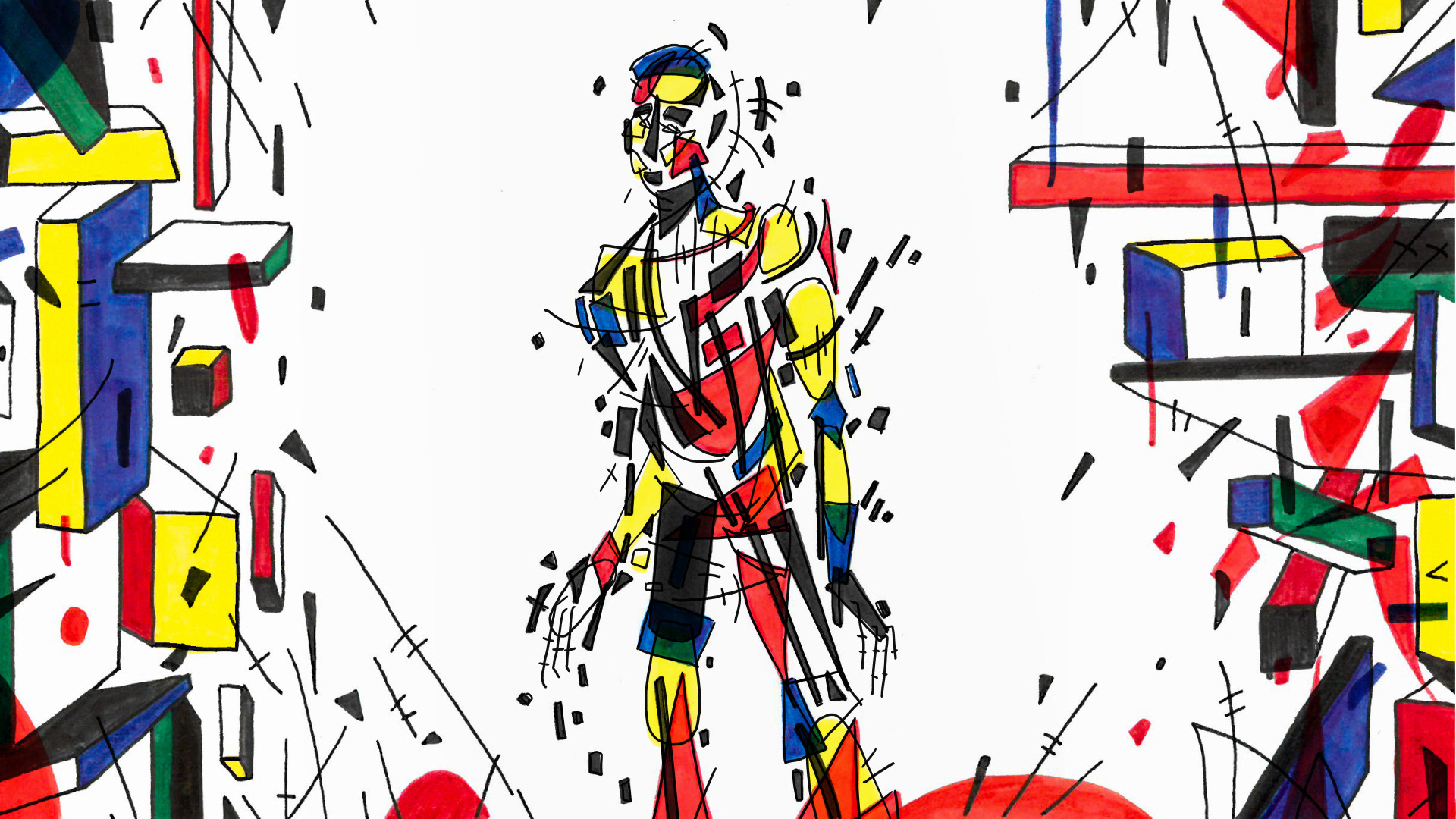 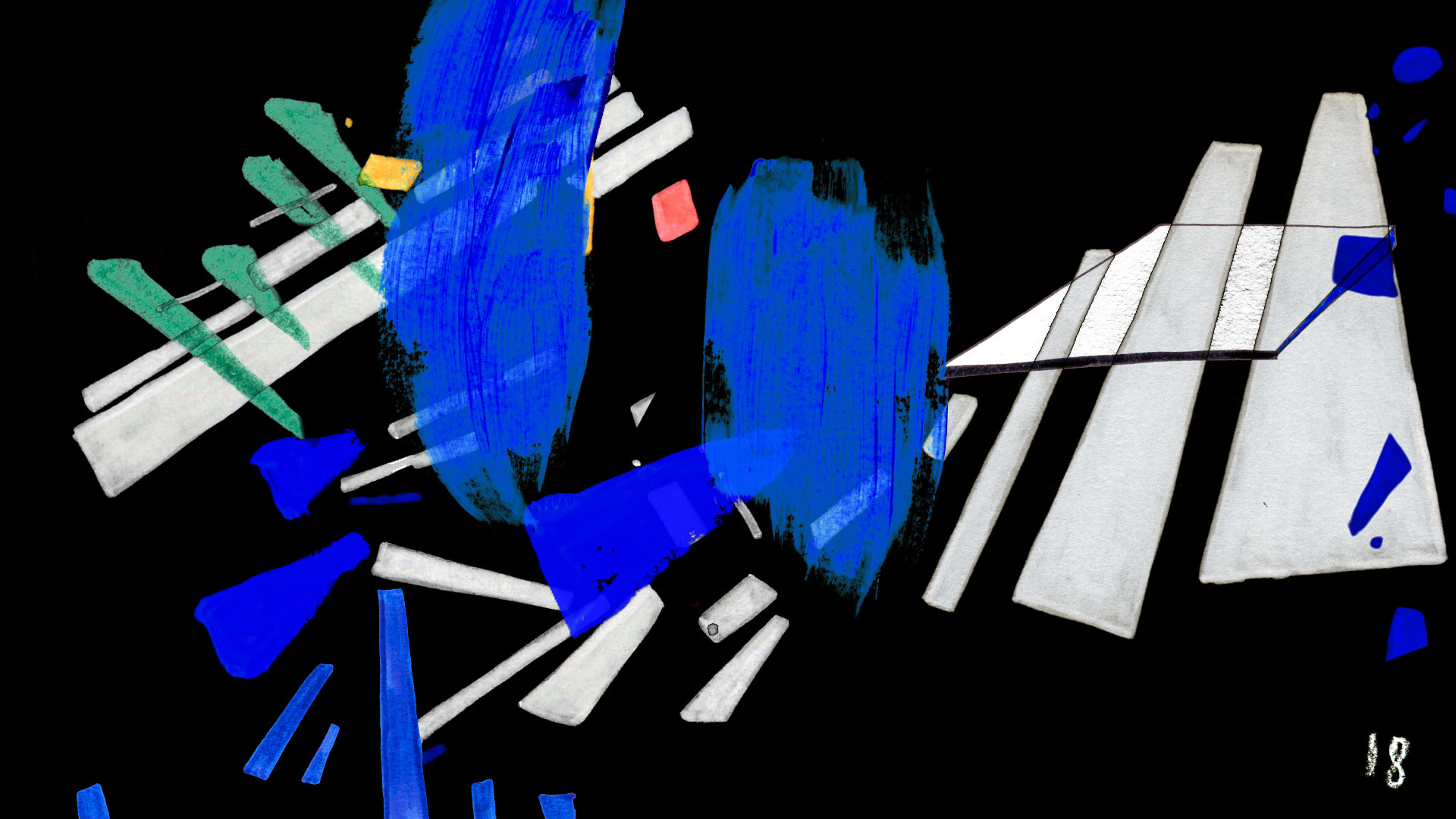 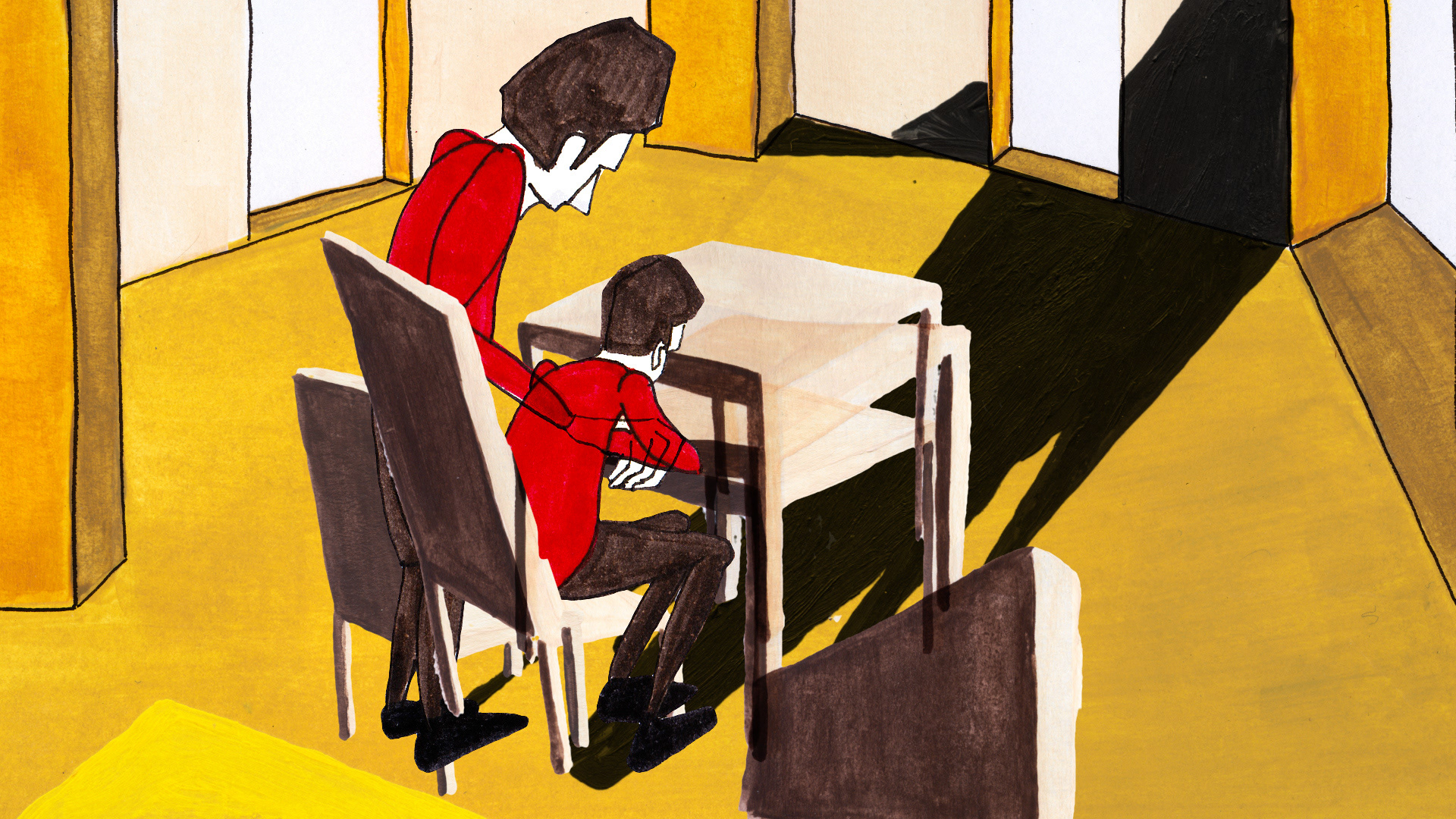 Exhibitions
PAREDIOLIE, International Contemporary Drawing Art Fair, Marseille 2021
Draw House, Pop Brixton, 25.09.2021
Light Year 80: Natural Rhythm, Brooklyn & Berlin, 02.12.2021
Reviews/texts/interviews
'Any Instant Whatever is an experimental animated film dealing with some of the most fascinating and fundamental ideas about our perceptions of reality. Directed and animated by Michelle Brand, the film blends complex theory with intricate, multilayered practice. Ideas about time, transformation, de-evolution, and change mix with interesting juxtapositions of varied textures, forms, patterns, and color palettes. The film is as much a visual journey as it is an odyssey into the mind. Any Instant Whatever can feel mind-bending, but as one views it more and more, instead of simply distorting our reality, the craft guides one towards a mental center.'
- Robert Delany, Rhode Island International Film Festival

'Animator and sound designer Michelle Brand has created a highly dynamic and rhythmically complex feast for the eyes and ears. Opening with a quote from pioneering experimental musician Alvin Lucier’s I am Sitting in a Room, Brand’s electroacoustic soundscape is a complex interweaving of percussive instrumentation, foley sound and field recordings that challenges the way we appreciate the passing of time and the acoustic properties of the spaces we inhabit. Brand’s tightly knit audiovisual composition fills our visual field with images reminiscent of Kandinsky paintings and an aural delicateness that makes us wish we could stop time to appreciate the instances that take place in between.'
- Review by Laura Anzola, GIRAF Independent Animation Festival

'Pieces, colors and shapes take turn to create a swirling universe and a human black (or, more appropriately, colored) hole in Any Instant Whatever. Michelle Brand coordinates her elements of disintegration from small shadow changes to pieces doing a martial dance in the room of the rather surprised protagonist. The sense of security is completely absent from the film -accelerated by the elliptical but coordinate sound design. The main character will need to feel the changes himself, as if his body parts are parts of the surface peeled off and now needed to join the other surfaces in this 'dance of time' moments. The film is suspenseful in its accelerated tempo, resourceful in its many manifestation of visual changes and bright enough to suggest that the passing of time is not always a dark and moody thing -it is only a reason for colorful reflection that would otherwise go unnoticed. An intelligibly crafted animation short.'

- Review by Vassilis Kroustallis on Zippy Frames
'A very multidimensional film that deals with texture of time and space using Art itself. For the skillful and clever editing of the film that reveals one of its many dimensions with each viewing, as well as its powerful graphic style that intensifies the feeling of loneliness each of us can experience in life.'

'Any Instant Whatever by RCA graduate Michelle Brand [...] is a beguiling and fascinating non-stop deconstruction of a person and their environment that stands as a kind of visual essay on the very notion of what a 'seen' reality is - and how much can we rely on what we see to truly understand what is in front of us.' 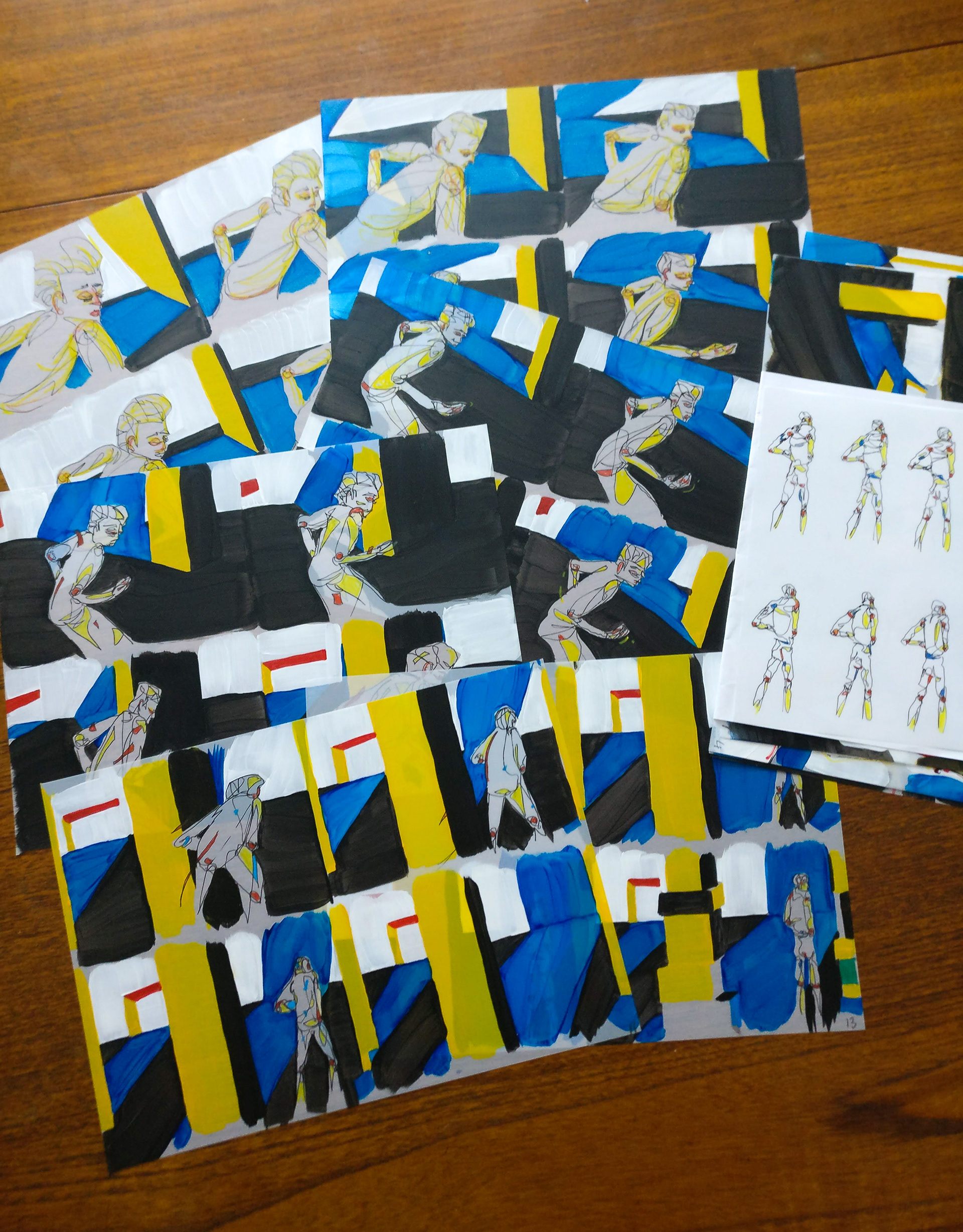 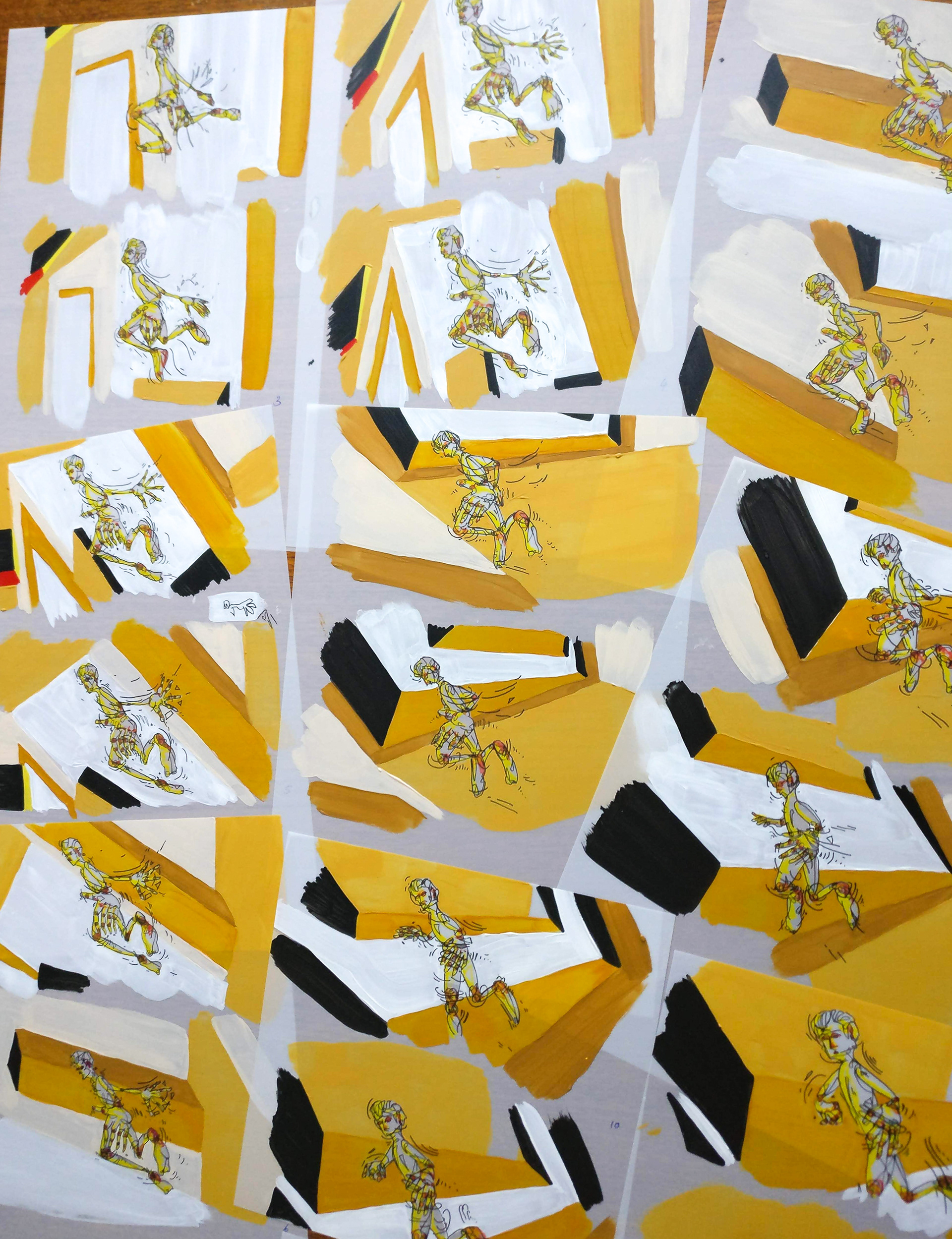 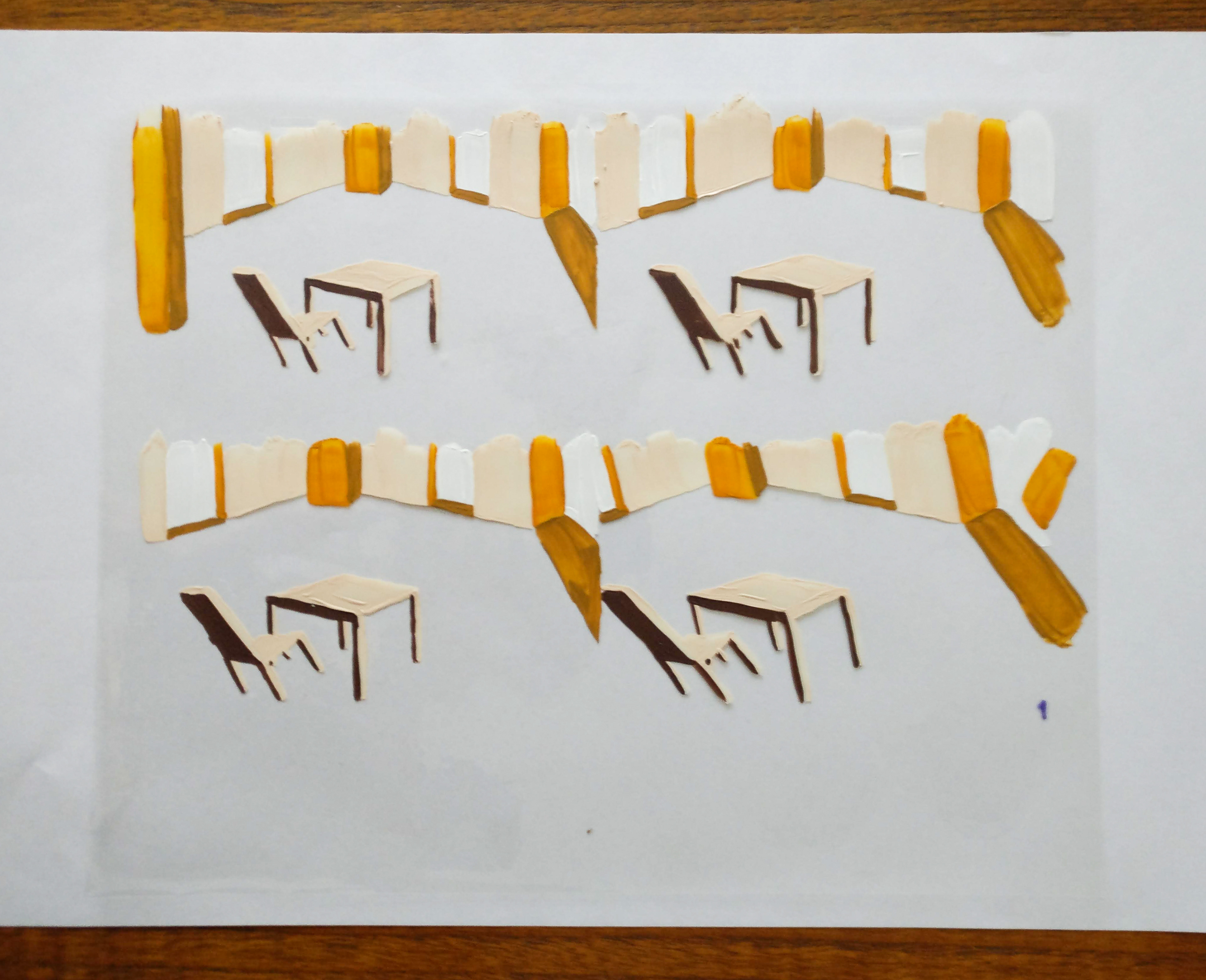 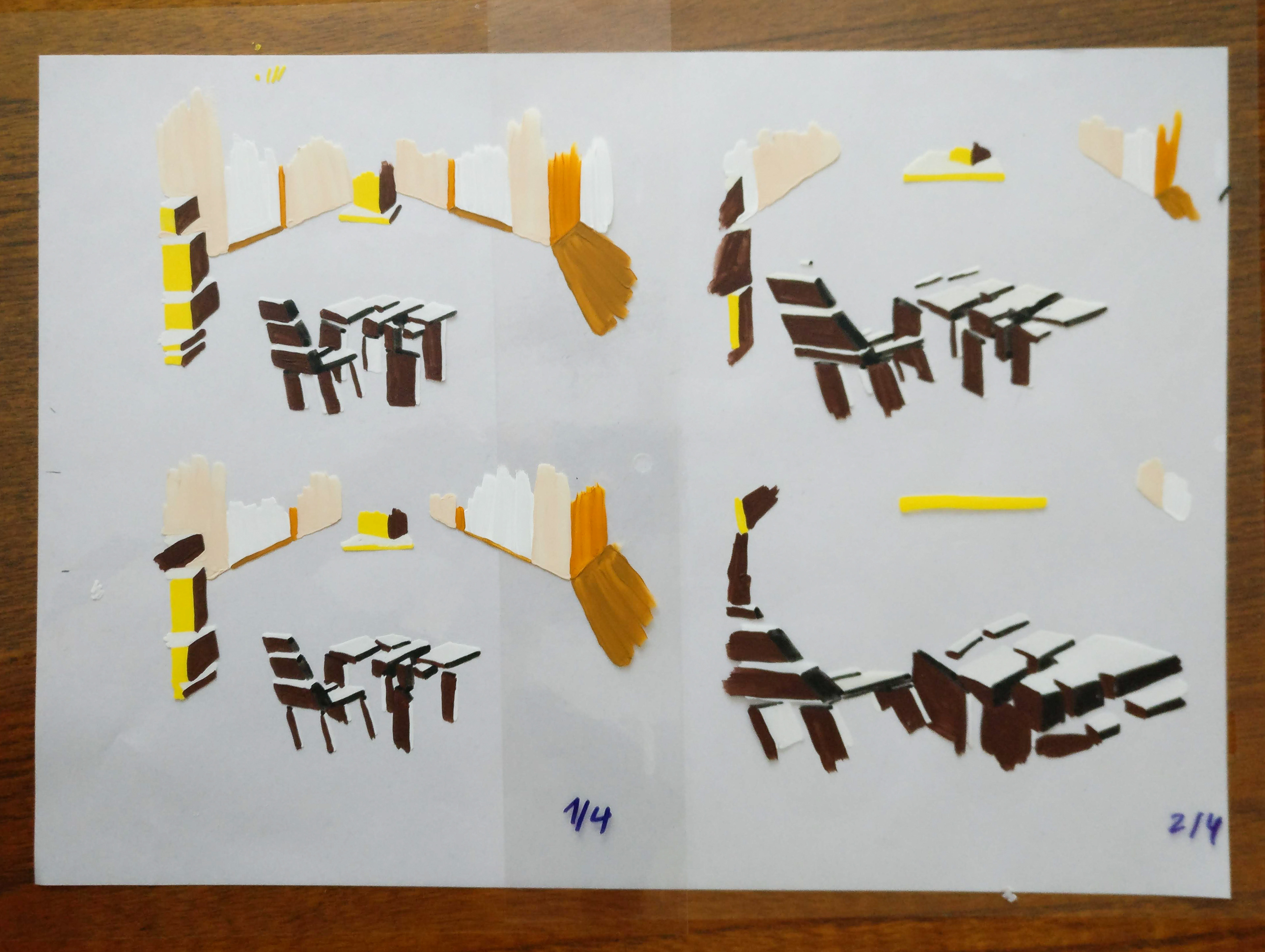 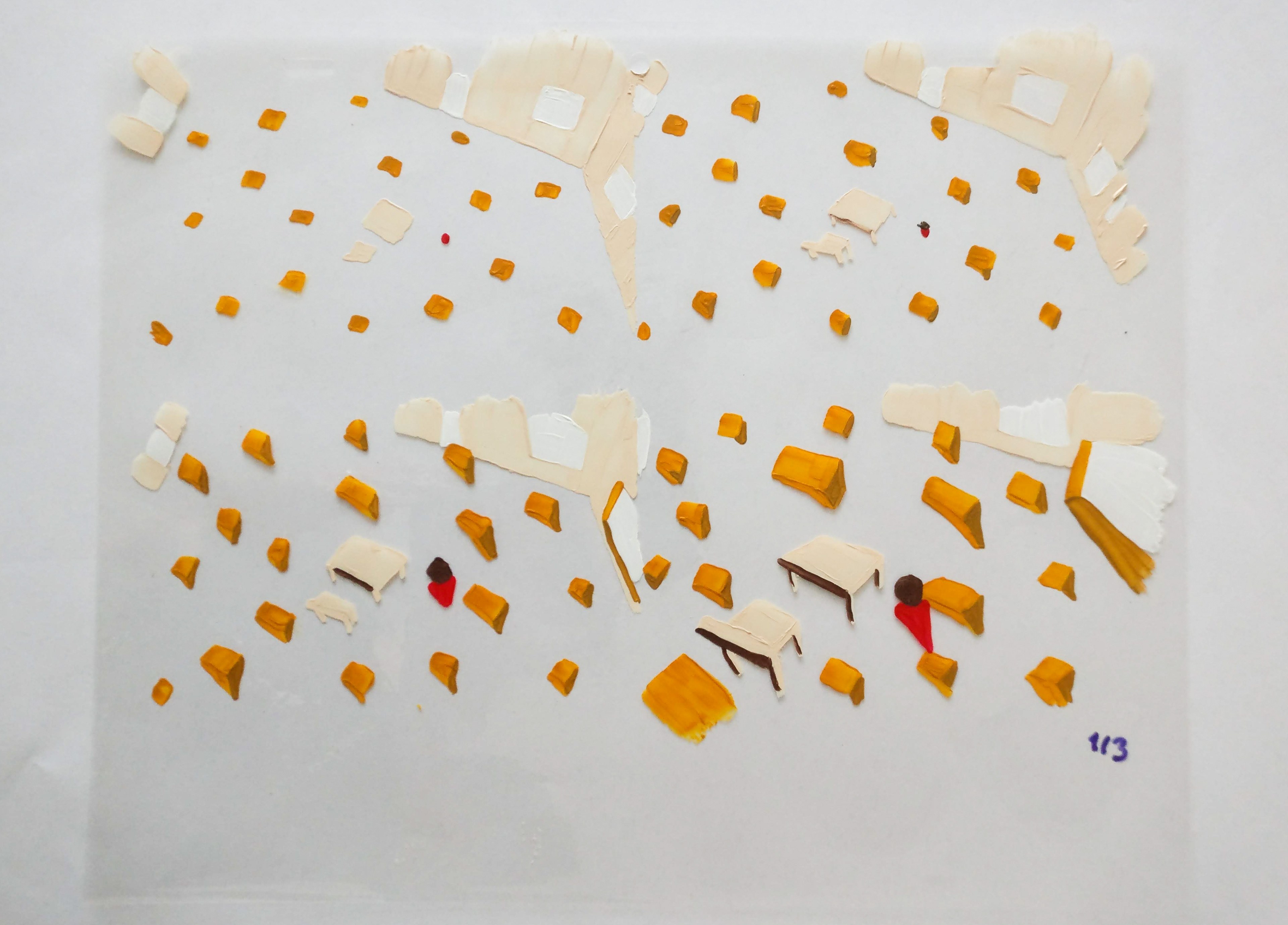 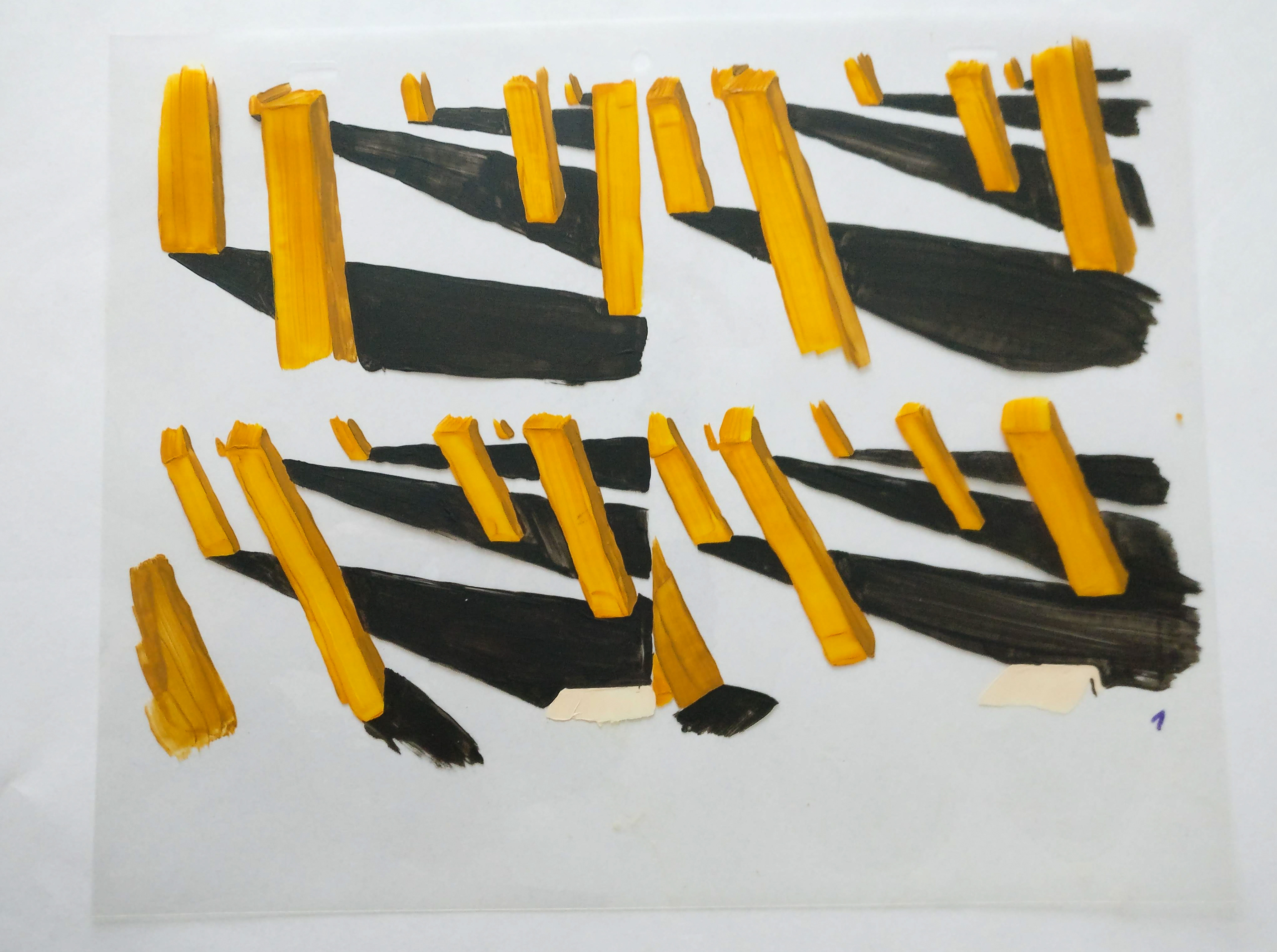 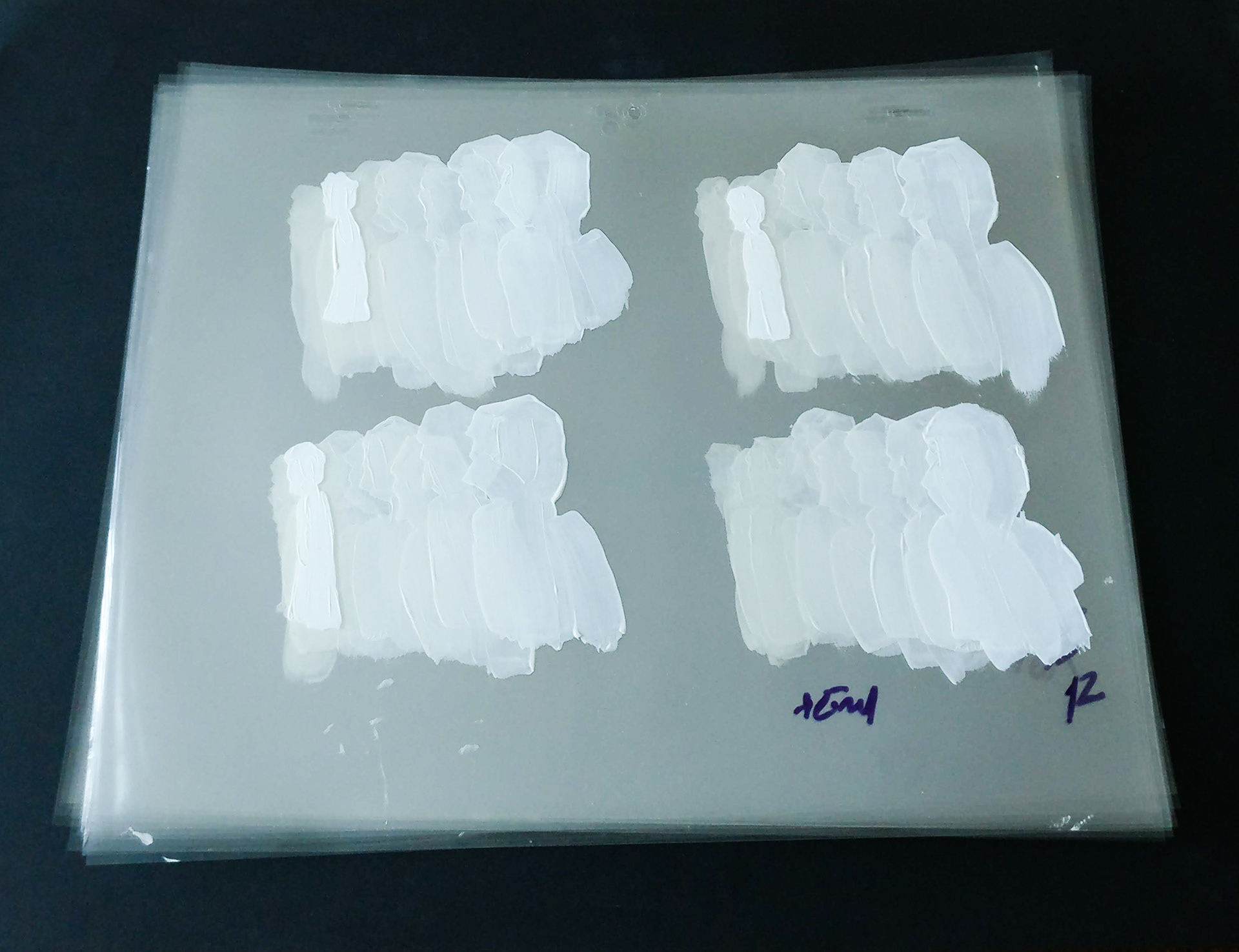 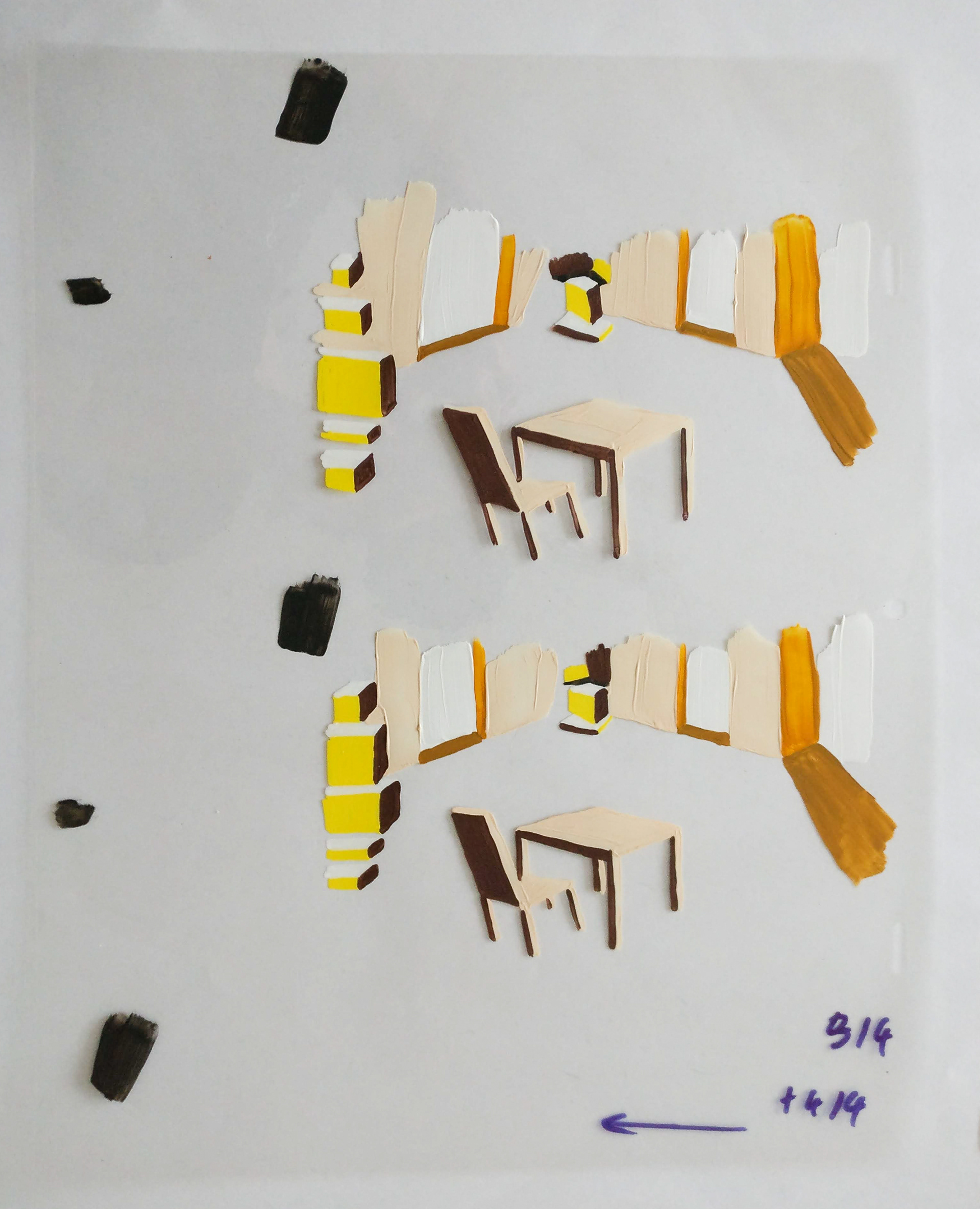 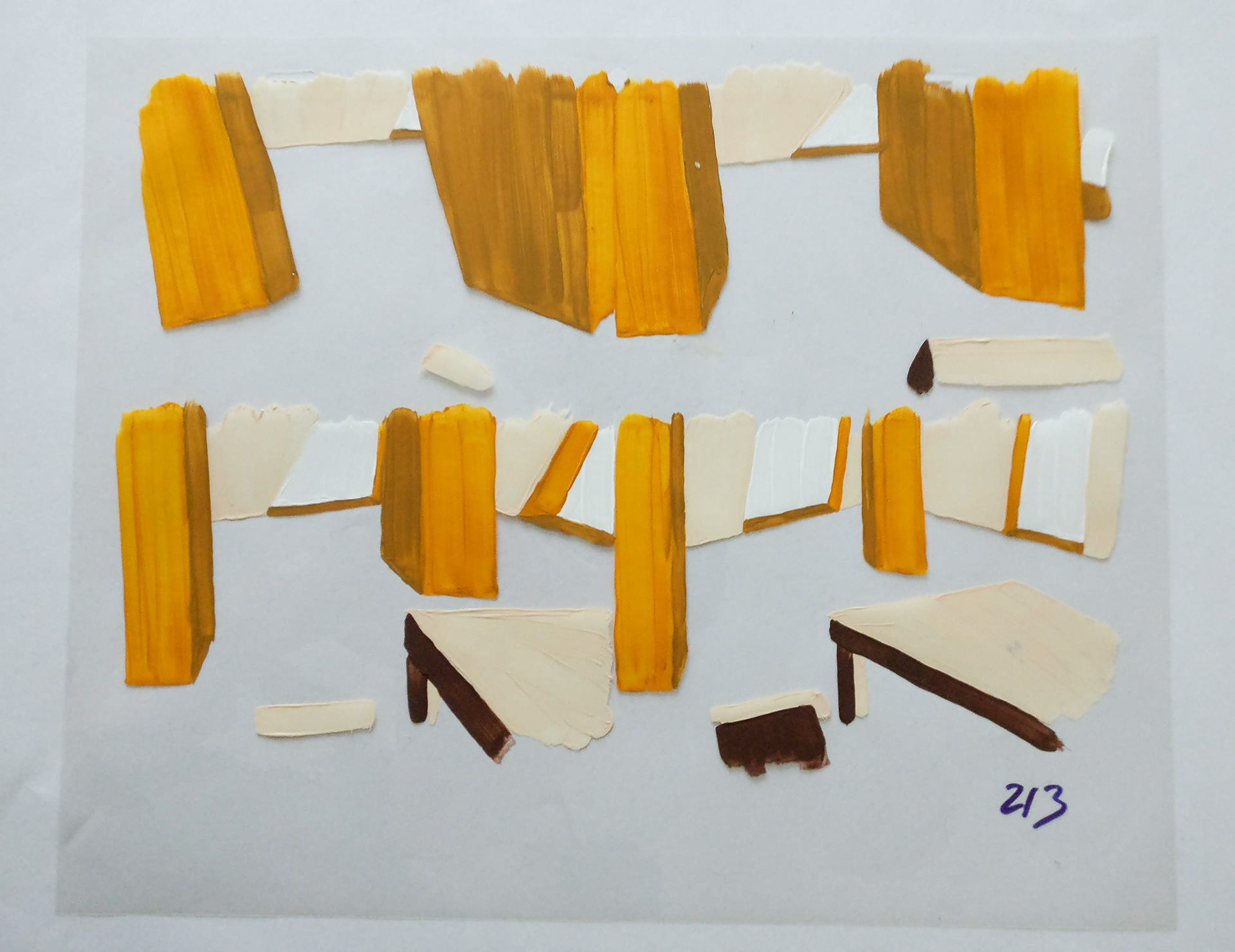 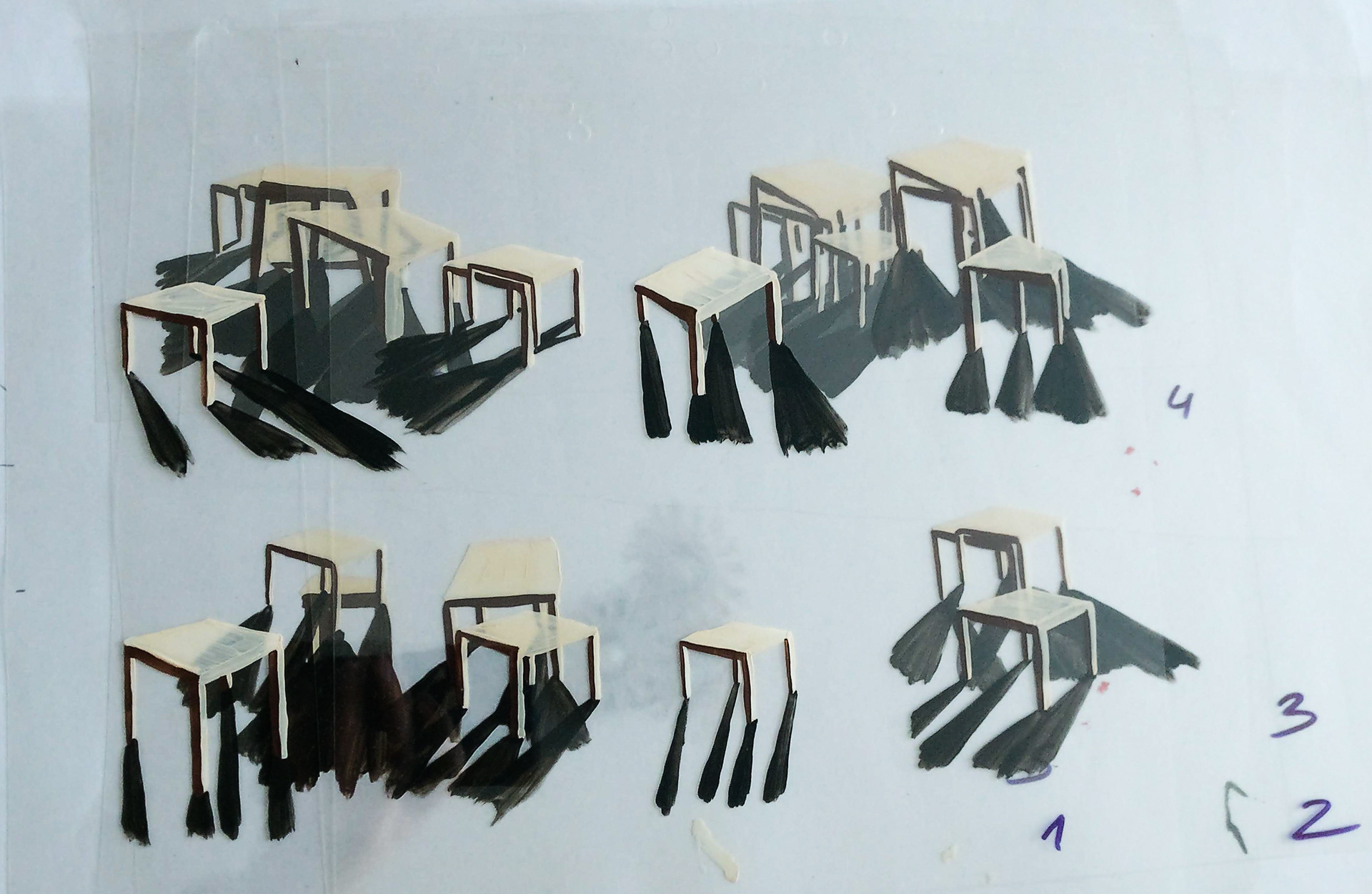 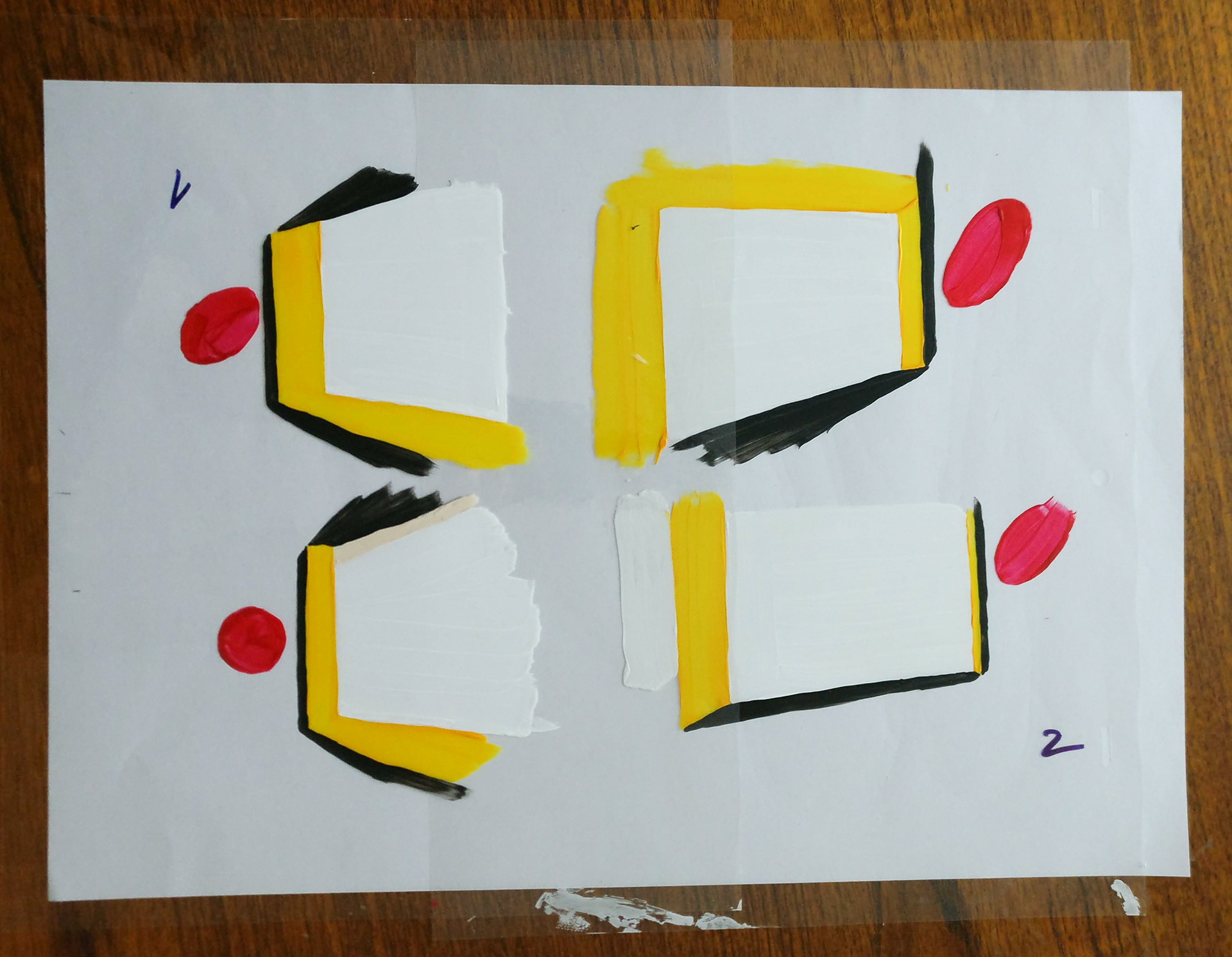 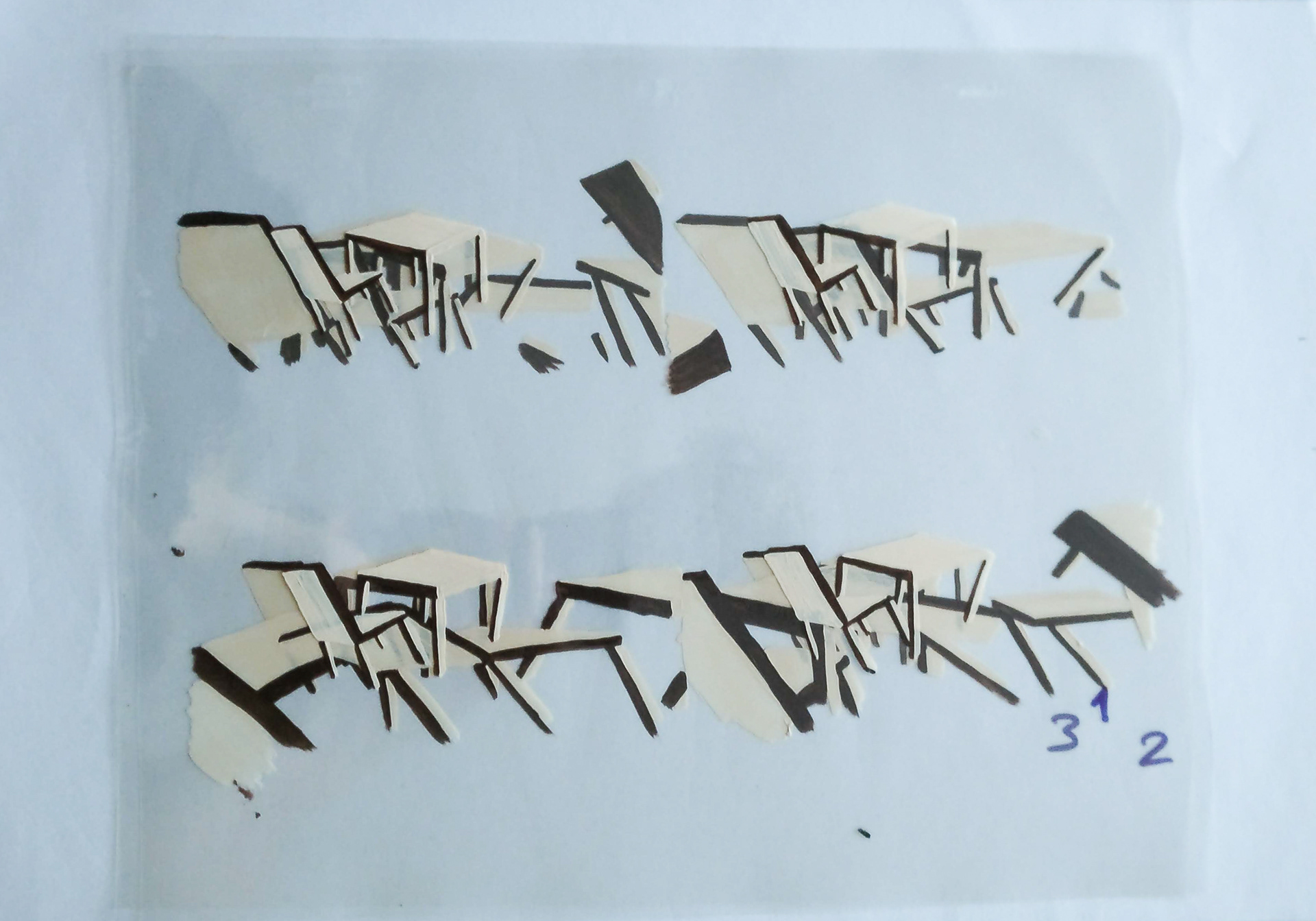 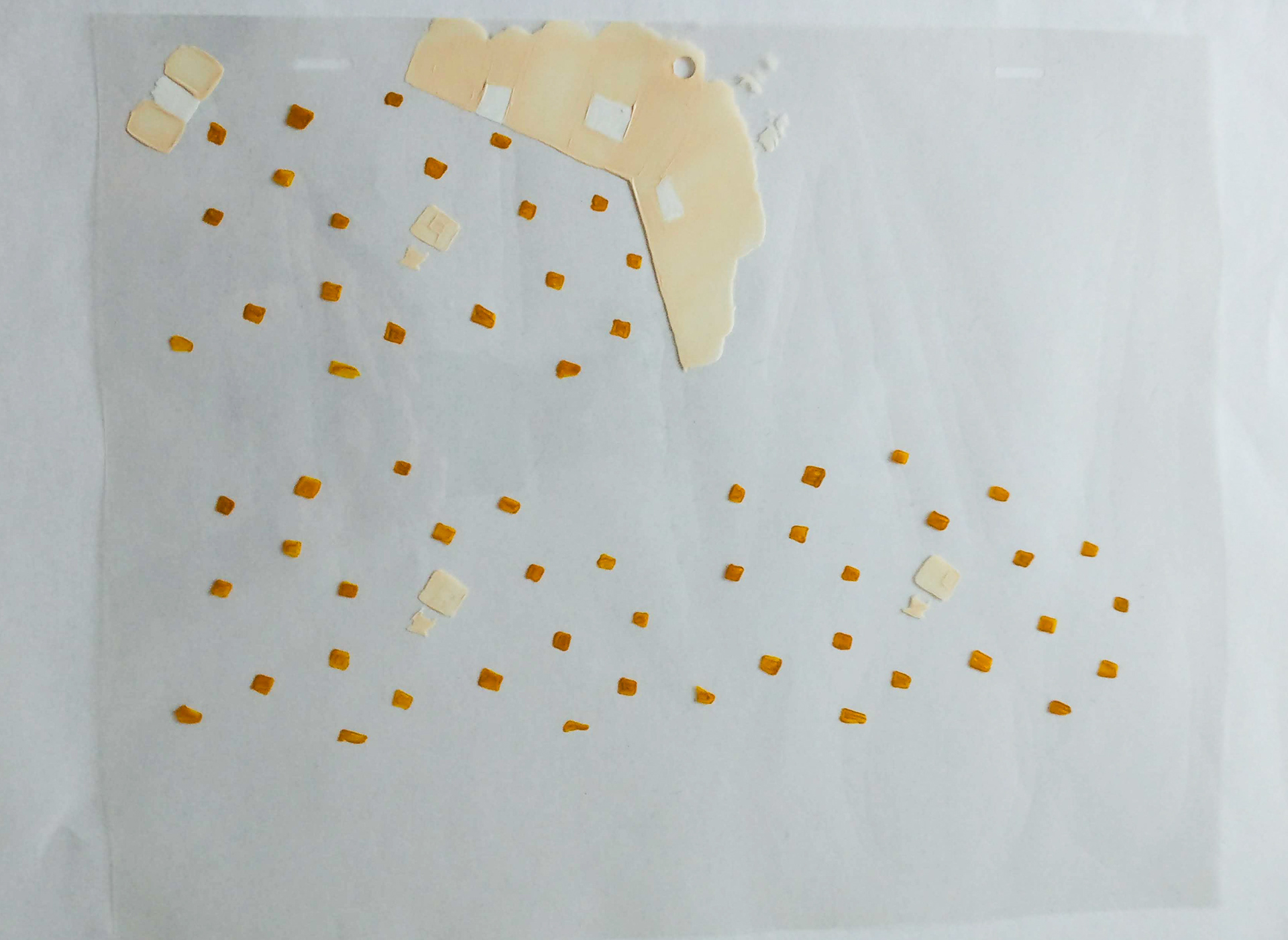 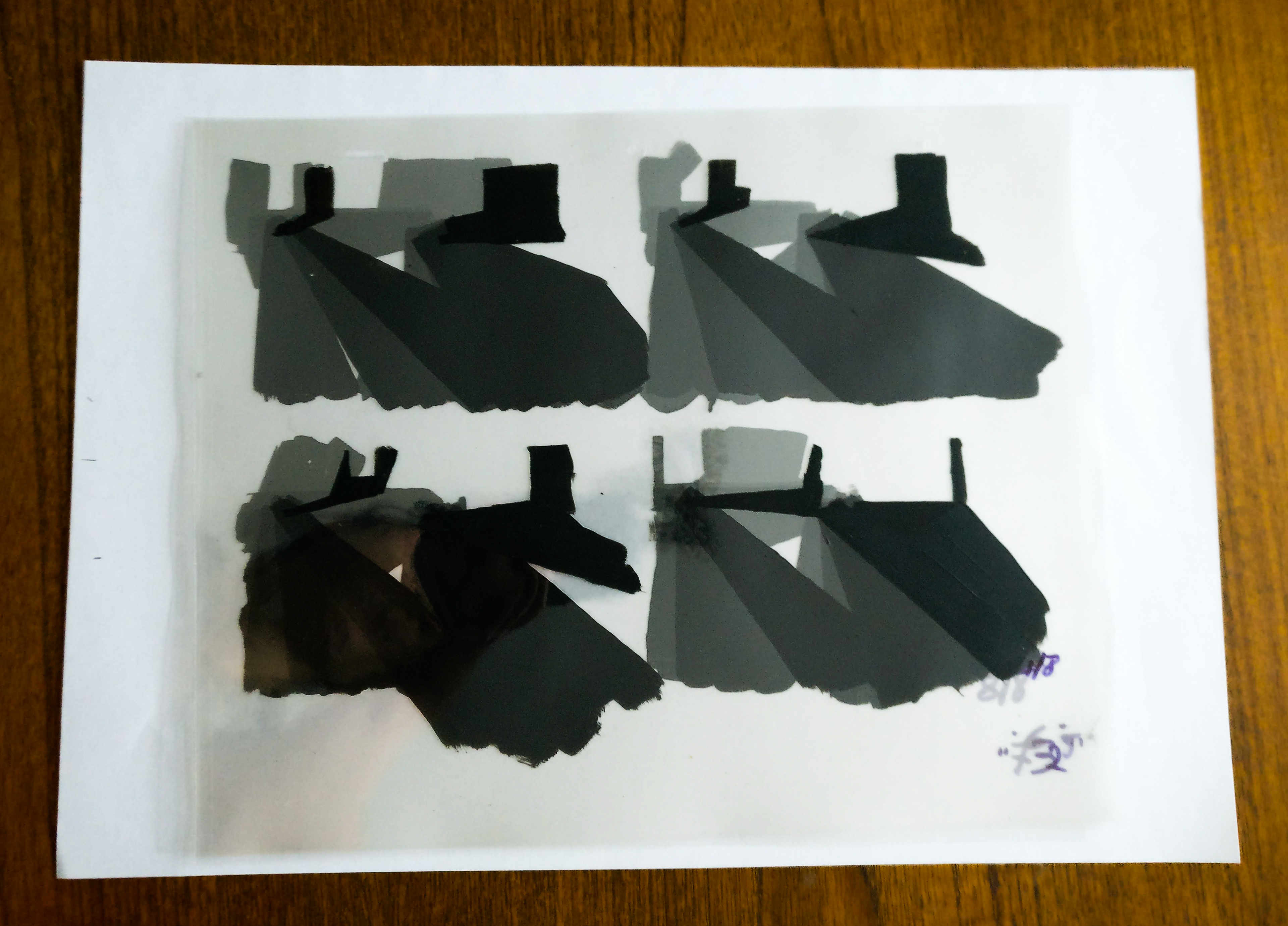 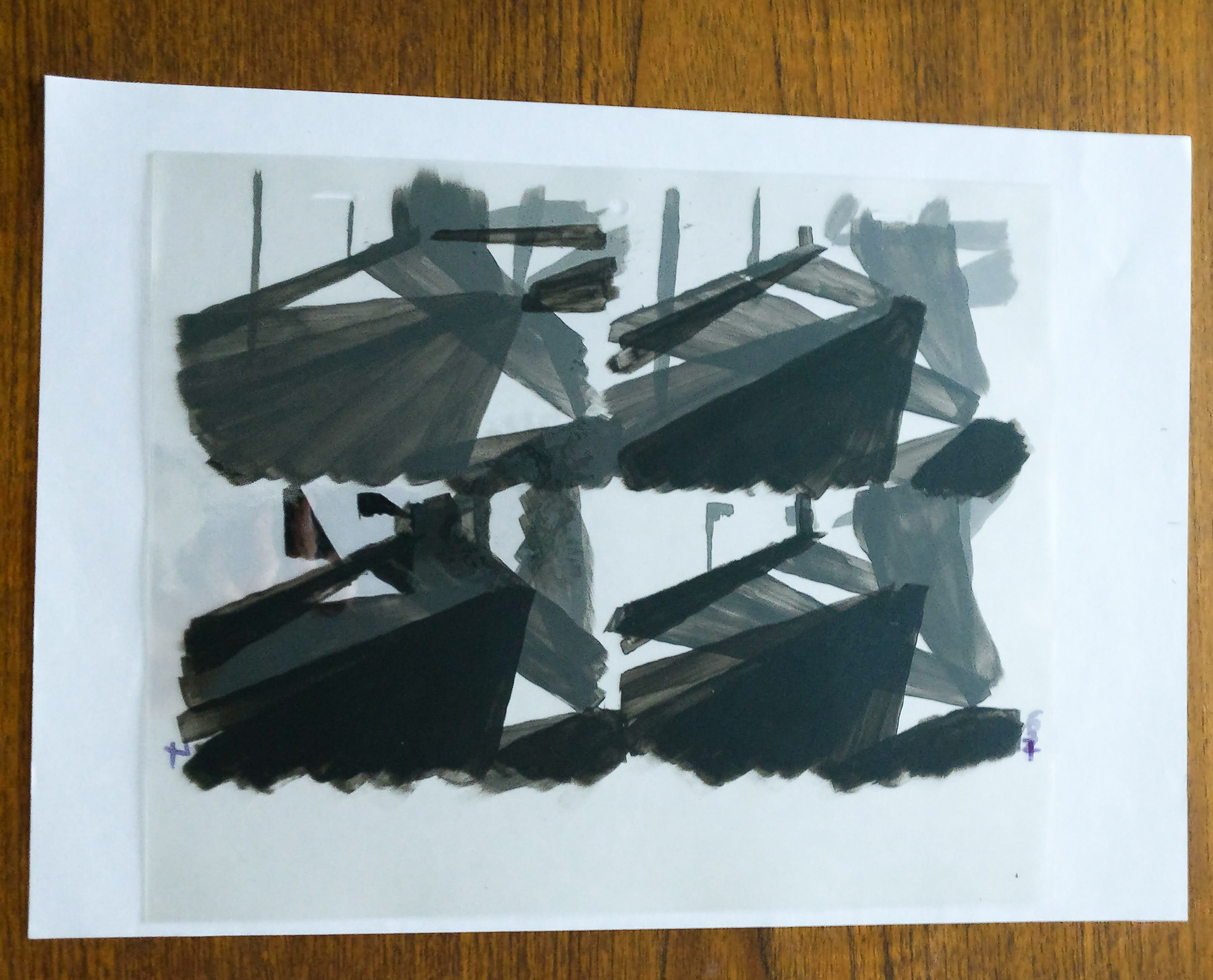 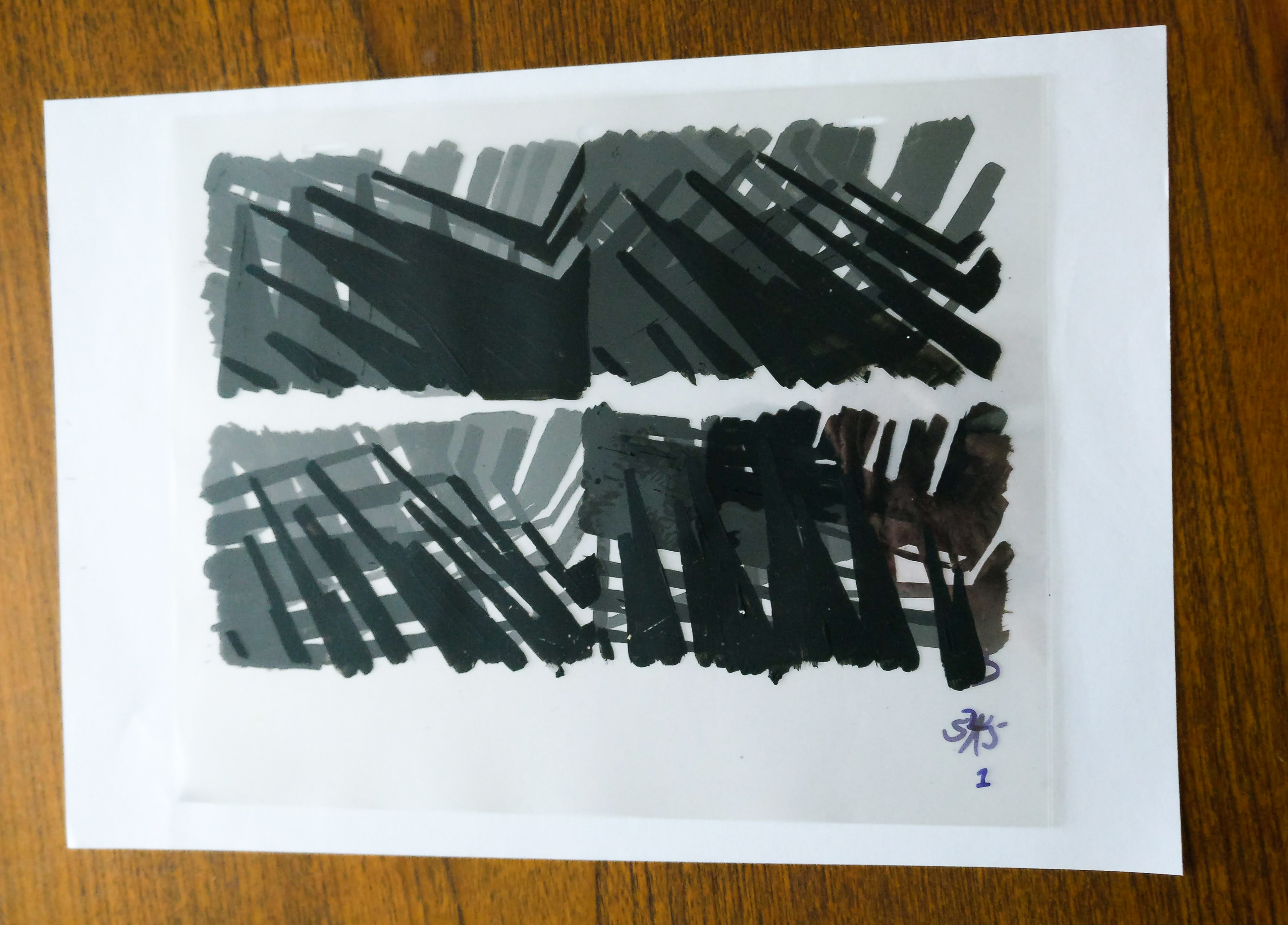 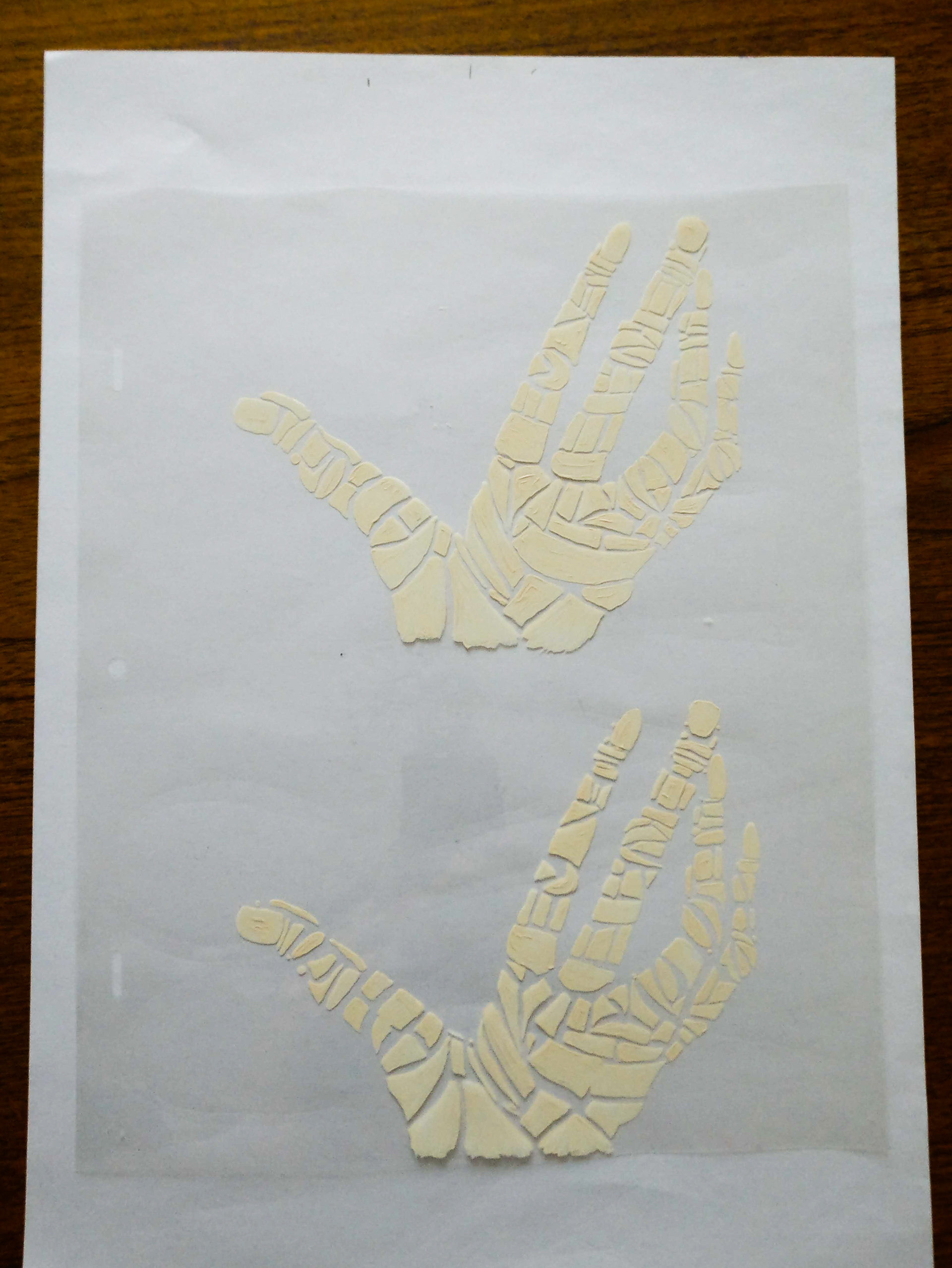 The film was created using different materials at different moments in time of the film.
At the beginning, everything is very still, dry and solid - paint on paper.
Then things begin to move, transform and deconstruct, it becomes more fluid and wet - paint on cell. 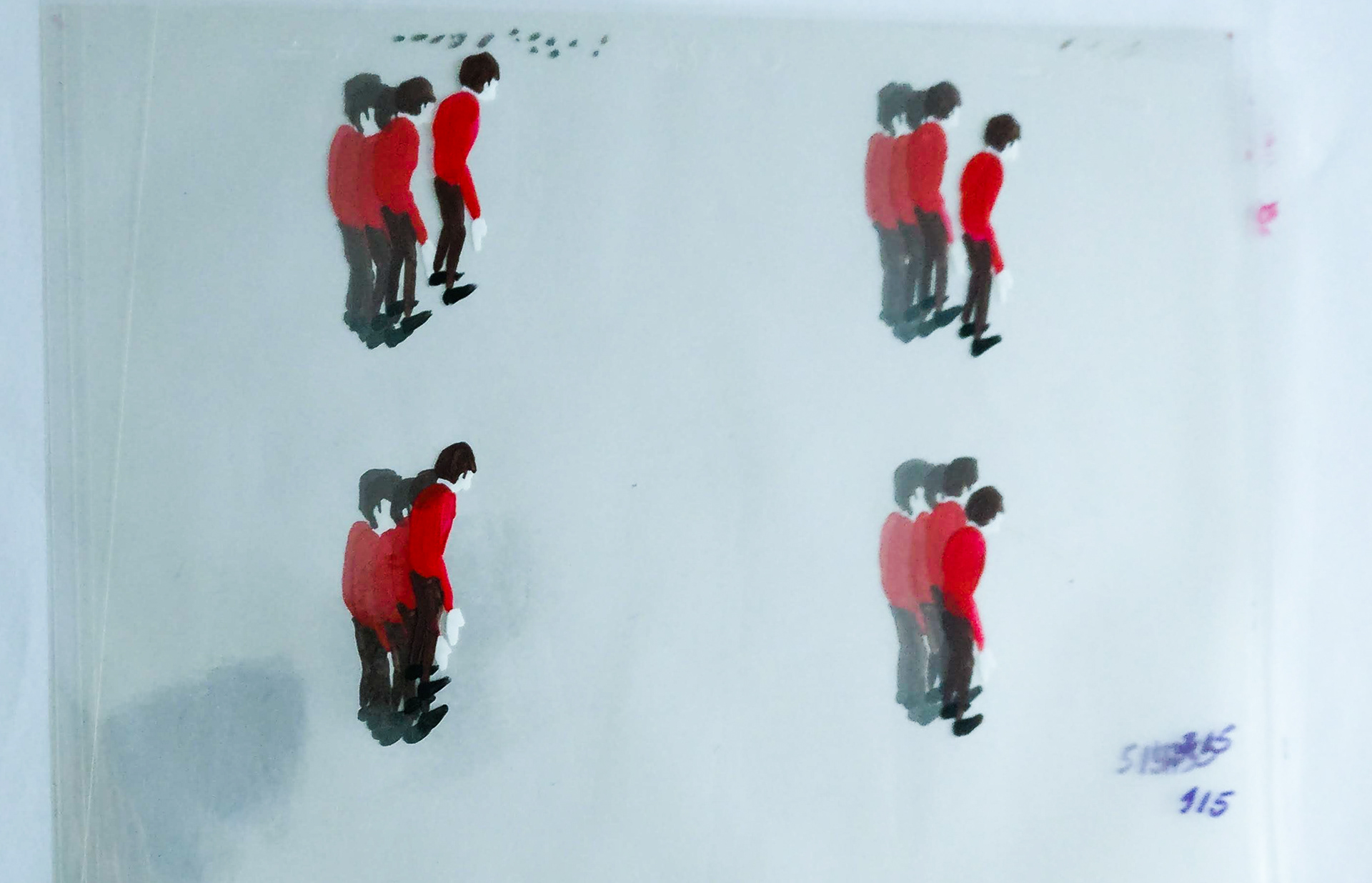 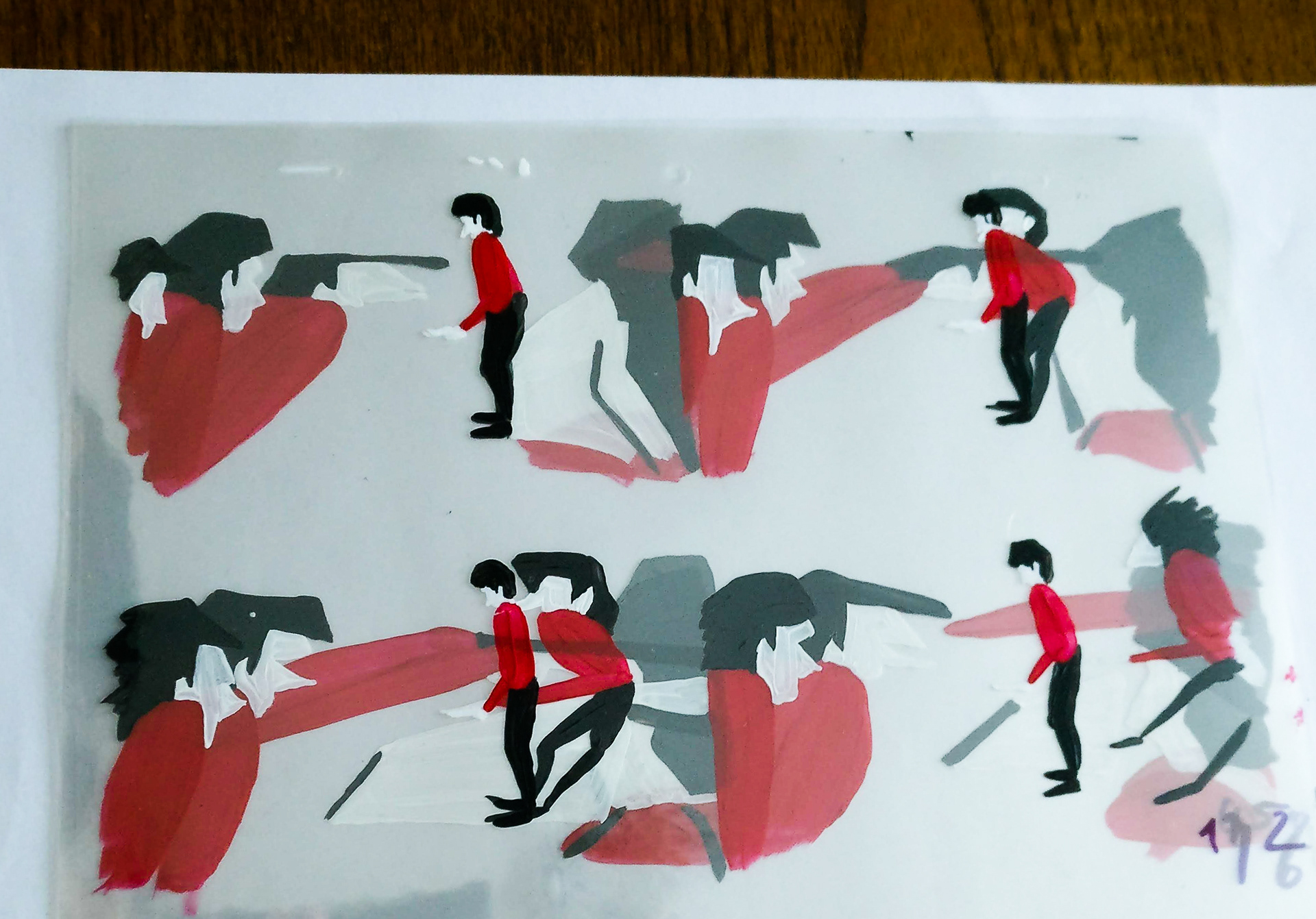 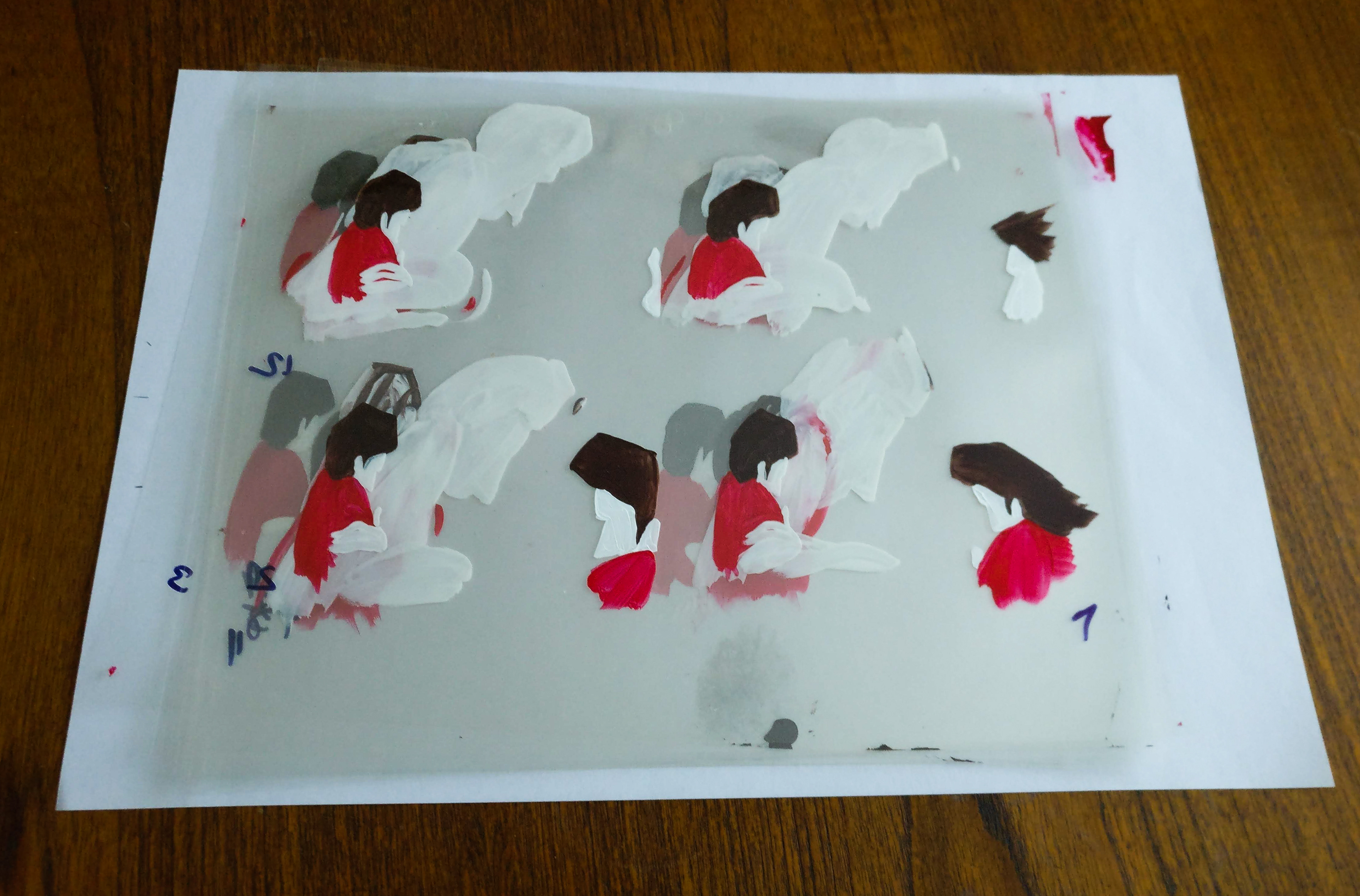 Sometimes the film's content mirrored the film's process, with the layout of sheets (4 frames per sheet) becoming the content of the film.

There was a strict, underlying structure that helped to figure out when and how much to deconsruct the film - either through the image, through it's material, or through time, and many variables existed at once.

MORE CONCEPT ART
↑Back to Top